Is it true that Recession is Coming?

It is no secret that the global economy is currently facing a period of uncertainty. Experts are warning that the world may be on the brink of another recession, and many are concerned about what this could mean for the future. 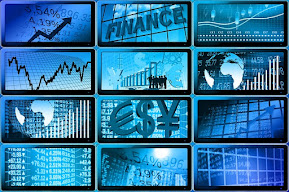 Signs that the world is headed for a Recession.

One of the main reasons for this potential downturn is the ongoing trade war between the United States and China. This dispute has led to increased tariffs on goods and has disrupted global supply chains, leading to higher prices for consumers and businesses alike.

Another factor contributing to the potential recession is the slowing growth in many major economies. The United States, for example, has seen its GDP growth slow down in recent quarters, and Europe is also facing economic challenges. This has led to a decrease in consumer spending and business investment, which are both important drivers of economic growth.

Additionally, rising interest rates and inflation are also putting pressure on the global economy. As rates rise, it becomes more expensive for businesses to borrow money, which can hinder their ability to invest and expand. Inflation, on the other hand, erodes the purchasing power of consumers, leading to a decrease in demand for goods and services.

So, what can be done to prevent a potential recession?

Many experts believe that governments need to take action to stimulate economic growth and prevent a downturn. This could include implementing fiscal policies, such as cutting taxes or increasing government spending, to boost demand. Central banks could also take steps to lower interest rates and make borrowing cheaper for businesses.

However, it is important to note that not all recessions are the same, and the actions taken to prevent or mitigate one may not be effective in all cases. For example, during the 2008 financial crisis, governments and central banks implemented a number of measures to stabilize the markets and prevent a complete collapse of the global economy. These measures included bailouts for struggling banks and other financial institutions, as well as quantitative easing, which involves the creation of new money to stimulate demand. 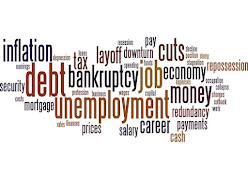 Despite these efforts, the global economy took several years to recover from the 2008 recession, and many people continue to feel the effects of the crisis today. This highlights the need for caution and careful planning when it comes to preventing and dealing with economic downturns.

In conclusion, the potential for a global recession is a concern for many people. While it is impossible to predict the future with certainty, there are steps that governments and central banks can take to prevent or mitigate a downturn. It is important for these organizations to closely monitor economic indicators and take decisive action to prevent a potential recession from becoming a reality.

Popular posts from this blog

How to Deal with Writer’s Block?

February 26, 2022
You've probably heard this phrase “once a speaker always a speaker.” Well, this phrase perfectly fits with almost every profession except writing. Yes, you read that correctly. Once you stop writing, you develop a block in your mind which hinders your ability to write again consistently. Once you stop writing you construct a barrier called “Writer’s Block.”  Image by  Lukas Bieri  from  Pixabay   The common causes of writer’s block are psychological vulnerability, emotional setbacks and financial instability. There are tons of writers/authors step out because there is less money and more time investment in this job. A well written and researched copy can take more than 2 days to craft. Those who want to come back to writing again struggle with writer's block. However, the good news is there is always a gleam of hope; there are chances that you will become a better writer than before. But, it requires some effort to overcome the writer’s block. Image by  Gerd Altmann  from  Pi
Post a Comment
Read more

Why is Society important?

June 16, 2016
Why is Society so important? Why do we care a lot about society? Why we do all the things considering society in mind? What about society irritates us? Why we are judged for every single step we take? Why it is so important? These questions often come in our mind when we are judged by the society. We begin to curse society due to its negative impacts in our lives. Of course, we are the ones who create society and we are crucial members of it as well. Global societies are generally incorporated with different cultures and religions, and it is a fact that a community would look awful with the same type of people; we are not robots. The basic nature of the term "society" is democratic , then why we force cultural expectations in it? I am including relatives also in society, because apart from our neighbors, colleagues, and other people who comes into the circle of social interaction, relatives are also part of it; they are also living under the same socially accepted norms. T
39 comments
Read more

The World of Artificial Intelligence